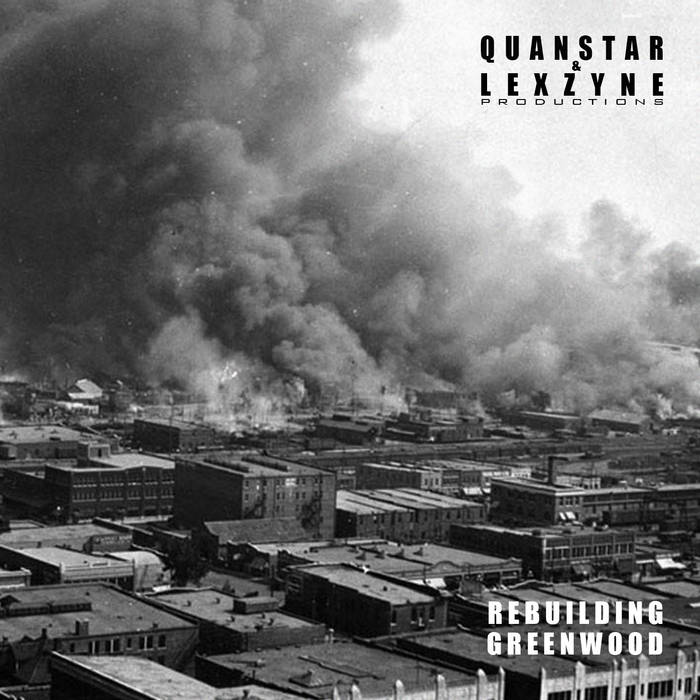 Rebuilding Greenwood is the seventh project from Quanstar and LexZyne Productions. The album is a tribute to Black excellence, struggle, and empowerment. Named in honor of the Tulsa neighborhood titled Black Wall Street that was destroyed during the Tulsa Race Riots of 1921.

Rebuilding Greenwood is an honest and heartfelt look at the Black community - the strengths and weaknesses - and how, despite struggles and setbacks, it has always been able to pick up and succeed.

All lyrics written by Janale Harris for Quanstar, LLC.
All songs produced by Rashad Cunningham and Alex Gholston for LexZyne Procudtions.

Quanstar is an underground hip hop artist out of Atlanta. Originally from Compton, his major influences were artists like Ice Cube, Souls of Mischief, and Common.

Known as hip hop's da Vinci, Quanstar is also a filmmaker, author, and comic creator. In just around 15 years, he's released over 15 projects as an independent artis ... more

Bandcamp Daily  your guide to the world of Bandcamp